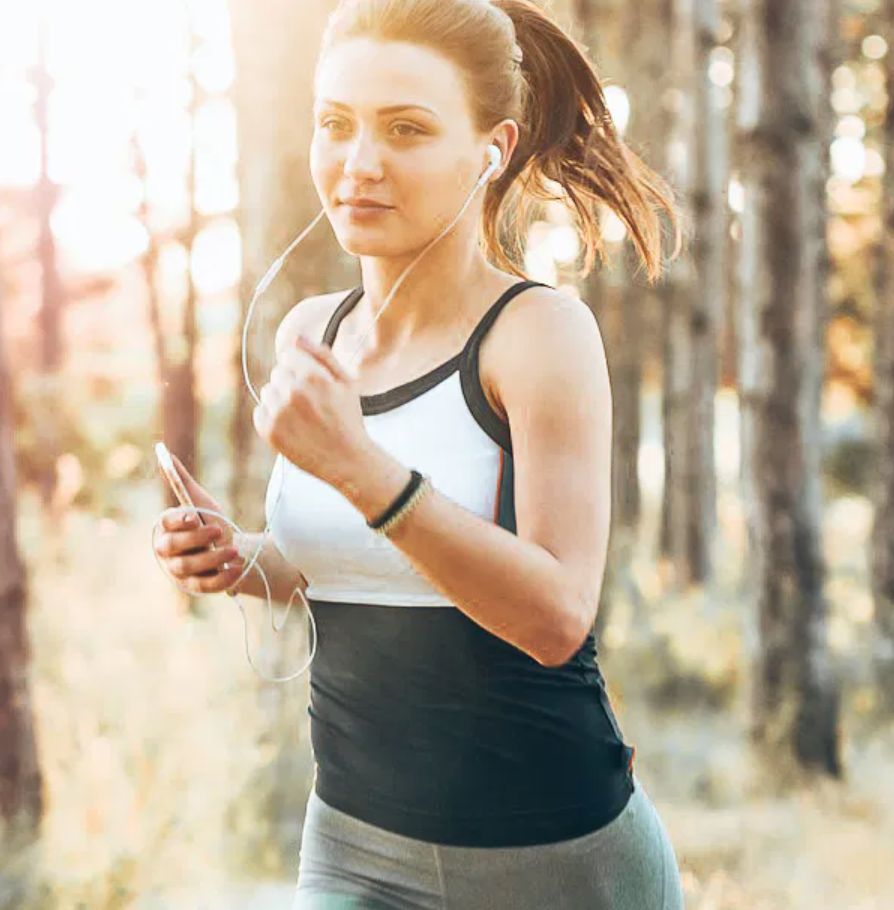 Lack of physical activity is responsible for one in ten deaths worldwide.

world. Lack of physical exercise kills as much as smoking or obesity,

according to a study published by the British journal The Lancet in July 2012.

THE WONDERS OF EXERCISE: MOVEMENT IS LIFE

“You can’t talk about health without physical exercise”

Incorporate regular physical activity into your life, it is better if you do it outdoors!Benefits of exercise: Regular physical exercise improves all metabolic functions of the body of the organism, re-energizing it and increasing its energy reserves. It allows the oxygenation of the organism. Stimulates digestion by self-massage of the organs involved. Tones the heart (makes the heart beat faster, but with less pressure (contractions) of the heart); (Speeds up the heart rate but with less pressure – contractions – for the heart) and lowers blood pressure. Improves lung capacity and optimizes gas exchange at the cellular level and optimizes gas exchange between our cells (our cells breathe). Optimizes blood circulation, benefiting the venous return system to through the movement of the diaphragm. It stops the acidification of the tissues by activating all the purification organs (the Purification of the organism through perspiration is multiplied by 6). Increases muscle strength, mineral density of bones and strengthens the tendons and ligaments. Less muscle mass generally means less strength, mobility, flexibility and, in the elderly, independence. It has also related to premature mortality. It works in favor of the immune system, the bile, the liver. Oxygenates the brain by boosting brain function. Research reveals that physical exercise stimulates the brain to work at its optimal capacity, which makes for nerve cells to multiply and strengthen their interconnections, thus protecting them from damage. Laboratory tests on animals have shown that when you exercise, your nerve cells release proteins known as neurotrophic factors. One in particular, called Factor brain-derived neurotropic, or BDNF for short, triggers the release of numerous chemicals that promote neuronal health. It also reduces risk from heart and blood vessel diseases that can affect function cerebral.Exercise makes you smarter. Physical exercise stimulates neurogenesis, a finding confirmed by recent research. This neurogenesis appears to be totally commendable, as it occurs mainly in the hippocampus, a part of the brain associated with memory and thinking. The rodents that have exercised and having brains teeming with new neurons tend to score well on memory and cognition tests, which contributes to the development of a increased learning capacity, with the slowdown or repair of neuronal diseases. This could lead to new treatments for people with Alzheimer’s disease, Parkinson’s disease or injury to the spinal cord. “Our results indicate that vigorous exercise is not necessary to protect your mind, simple walking or other light activity It would have essentially added to five years of better brainpower. Yes we could record the onset of dementia at 5, Combat stress and relax the mind by producing serotonin and norepinephrine. It is secr It is a very beneficial treatment against anxiety, by helping to balance the nervous system. Endorphin secrets that activate the natural mechanism of pleasure, acting, for So much for depression. Physical exercise is unique in that it secretes no just “feel good” hormones, such as serotonin and endorphins in the brain, but also dopamine, a neurotransmitter involved in regulating Mood. Physical activity helps to resist depression since not only Eliminates anxiety but also acts on fatigue. We are like a battery: movement charges us and inactivity discharges us. Physical exercise helps you feel good, strong, full of life, which helps to improve your self-esteem.Physical exercises increase libido. Practiced regularly, physical exercise increases the duration of deep sleep by about 20%: sleep that allows the body to regenerate! Exercise prevents type 2 diabetes by helping to increase the level of chromium in the tissues and improving the body’s ability to use available insulin. Also, the greater the muscle mass, the lower the amount of insulin. Needed to transport glucose from the blood to the tissues. Exercise with weights or resistance increases muscle mass. Since the muscle requires more calories than fat, the result is an increased metabolic rate (basal metabolism). In other words, more calories are burned, making it easier to weightloss. We also recommend the consumption of shellfish: oysters (with a high content of zinc), mussels, algae (very important source of trace elements and minerals), also Japanese food, such as sushi or sashimi, or some Lebanese dishes such as hummus, eggplant caviar. or the cucumber and yogurt plate. It affects the endocrine system and the rate of prostaglandins by reducing the bad cholesterol.Physical exercise prevents and increases the life of cancer patients hormone dependent. The explanation is simple: physical exercise reduces amount of fat where estrogens are developed, these substances stimulate the production of cancer cells. Physical exercise helps balance levels of estrogens in the blood, preventing premenstrual syndrome and diseases such as endometriosis. Physical activity has atheroprotective properties. Exercise prevents development of plaques and induces regression of coronary stenosis. What’s more, Experimental studies have revealed that exercise prevents the conversion of plaques in a vulnerable phenotype, thus avoiding the appearance of fatal lesions. Exercise helps prevent diseases such as obesity, heart attacks, strokes, osteoporosis, diabetes and cancer. like attacks heart disease, strokes, osteoporosis, diabetes and cancer. Just 30 minutes of moderate exercise (such as walking) a day can reduce the risk of these illnesses. Regular physical activity can increase the life expectancy of the population worldwide by 0.68% annually. Dr. I-Min Lee of Harvard Medical School in Boston explains that between 6 and 10% of the four diseases do not communicable (cardiovascular, type 2 diabetes, breast and colon cancer) are associated with not practicing less than 150 minutes of physical activity per week. In short, exercise increases endurance, strength, vitality, health, fitness! beauty, brain function and longevity by keeping our age in check! Marisia Jimenez ND