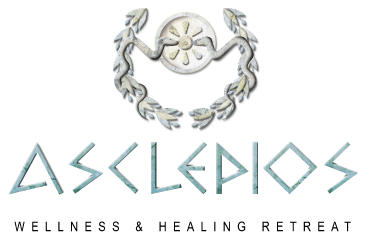 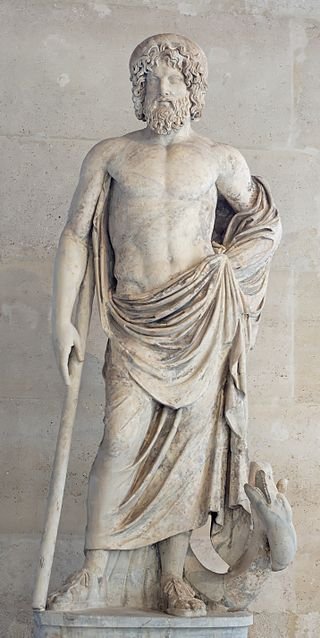 The popular myth is the Thessalian. This myth tells us that Asclepius was the son of the God Apollo and the mortal Coronis. This genealogy samples already and characterizes the nature of the demi-god, as Apollo is the sunlight Divinity, which encompasses health and life sources widely appreciated by men. Coronis’ name, his mother, is the crow bird, a bird with a very long life, which also symbolizes health. Asclepius became a well-known God through out the Greek and Roman world, perhaps because he started as a mortal, and knows the pain of human suffering, in ways that his father Apollo cannot. As with all archaic civilizations of initiatic roots, Medicine in Greece was part of the Sacred Sciences. It was a Science that integrated Philosophy, Magic, Religion and Art.
In all civilizations, knowledge was deeper in the most archaic times, and the specialization of Science by experimentation ways just demonstrates a loss of magic formulas or extraordinary powers. Asclepius is the Saviour God (Soter, also one of the names of Zeus), which kept the dangers away not only in the case of diseases, but in all adverse circumstances of life. Asclepius also known as Ophiuchus in the ancient world, learned the art of healing from both Apollo and the centaur Chiron. The name and fame of Asclepius spread throughout the region because he was such a wonderful healer that he returned lost health to the sick, and life to the dead. Because of this, which was found by the Olympus Gods as a violation of natural laws, he was assassinated by Hades, the God of the Hell Realms in accordance to Zeus order. Although as a tribute to His excellence He was ascended to the sky surrounded by a snake, symbolizing renewed life. In Epidaurus, famous sanctuary, as well as in many other shrines of antiquity marvelous healings were performed. But the divine method by excellence was through dream, known as the Encoimesis or Incubatio, where the sick, sometimes sitting or lying on skins on the temple, expected during the night the appearance of Asclepius to heal all of their ailments. The advice and prescriptions of Asclepius, transmitted during incubation, responded to a reasonable wellness plan, and often include diet, exercise, varied psychic resources, baths, massage and application of ointments. Today throughout the Hellenic Archipelago we can find 410 preserved ruins of these ancient healing centers, which were called  Asklepeions.

We work with a select group of holistic therapists specialized in various fields and from around the world. We have put great passion and dedication for physical, emotional and spiritual balance in search of well-being in each one. At Asclepios we not only care about ourselves, but also about the community and the environment