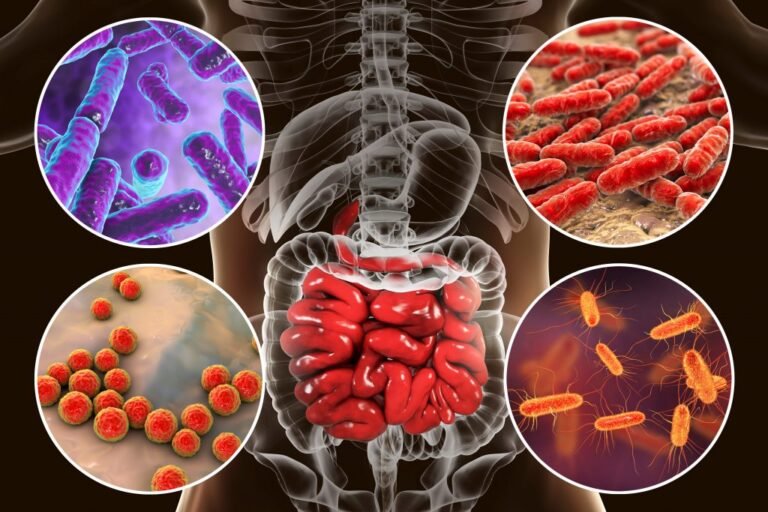 Dysbiosis is known as the observation of the intestinal microbiota produced by an imbalance between beneficial bacteria and non-beneficial bacteria. This is due in most cases to an inadequate diet.
If prolonged over time, dysbiosis accelerates aging and ostensibly weakens the entire organism.
In fact, many of the problems that we attribute to age have their origin in this imbalance.
When this happens, the intestinal microbiota and the beneficial bacteria that live in symbiosis with us become a minority and the intestinal wall becomes permeable.
The protein responsible for modulating this intestinal border is zonulin, its main function is to modulate what enters the bloodstream. When there is an excess of zonulin production, this modulation goes out of control and the border opens dangerously. In fact, in analytics, this molecule is considered a marker for many autoimmune diseases and certain types of cancer. The two triggers for this excess production of zonulin are intestinal bacteria and the currently known gluten. Indeed, the wheat we consume today was modified in the 1970s by geneticists who, in order to increase its production, created a completely different species in its biochemistry.
composition other than that of the original wheat. Among its new components, gliadin stands out, which is part of the gluten proteins and is behind the health problems attributed to it, such as zonulin levels soaring despite not suffering from celiac disease. This protein not only produces intestinal permeability, it also affects the blood-brain barrier (brain barrier), which makes it absolutely vulnerable to intruders!
Currently numerous studies document a direct relationship between intestinal permeability and autoimmune diseases. When the intestinal barrier weakens and the border gate overflows, the impermeable system overreacts, even producing against its own tissues. This causes inflammation which is a coincidental element in conditions and disorders and other problems such as diabetes, autoimmune diseases, cancer, depression, autism, asthma, arthritis, multiple sclerosis, Alzheimer’s or Parkinson’s and even attention deficit hyperactivity disorder (ADHD). ).
For those who suffer from abdominal pain after meals, poor digestion, painful accumulation of gases, etc., it is highly recommended to carry out a dysbiosis profile to determine the concentration of each of the species that make up the microbiota and complete it with a mycological study. to assess the
presence of fungi, yeasts, parasites, etc.
You can eat very healthy, but if the intestinal mucosa is not in good condition, it doesn’t do you much good; If there is no good ecology of the microbiota, one cannot really speak of good health.
The solution seems to lie in a new approach to health with good eating and living habits and the intake of some supplements such as glutamine, an acid with essential anti-inflammatory properties and that favors the growth and repair of the intestinal mucosa, acting as a protector and preventing irritations.

Based on the book by Camilla Rowlands